"In the Moment: Artists and Their Work" | Brian Counihan and Olchar Lindsann 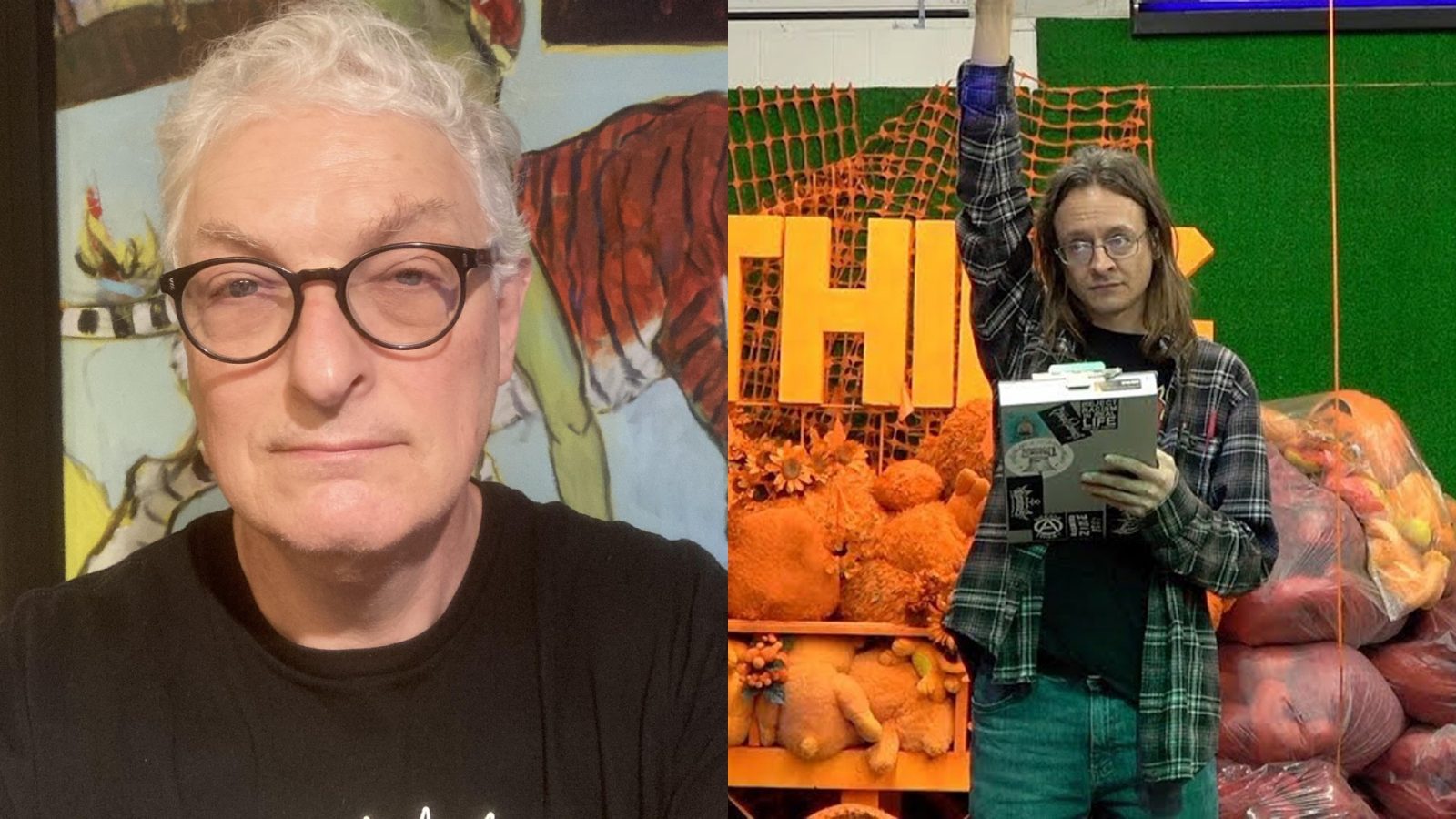 "In the Moment: Artists and Their Work"

Get to know the creators of Southwest Virginia—from visual artists to theatre-makers to choreographers—and learn more about their creative processes in this unusual time. In a series of 45-minute chats, the Moss Arts Center gives you an exclusive look inside the homes and studios of these artists—experience their work, ask questions, and discuss how creative luminaries are approaching art in this moment.

Join us in conversation with two accomplished Roanoke-based artists and educators as they discuss balancing personal and professional creative work, arts education, and the creative challenges and opportunities presented by our current climate.

Brian Counihan
Brian Counihan is an Irish artist who studied at Crawford School of Art in Cork City, Ireland, and received a master’s degree from Northwestern University in Evanston, Illinois. Counihan was one of the first faculty hired to develop pedagogic programming for Community High School of Arts and Academics in Roanoke, Virginia. He remains on faculty with an occasional title of chair of the Visual Arts Department and also serves as a senior professor of humanities. He has served on the Chicago-Galway Sister Cities Culture Committee, is currently co-chair of the Wonju-Roanoke Sister City Committee, and is on the education committee of the Art Museum of Western Virginia, where he had a cup of coffee as “curator for community engagement” under David Mickenburg.

Counihan trained as a painter and printmaker at Crawford College of Art. Since then he received the top prize in Ireland's first National Portrait Competition, and he participated in nationally-funded cultural exchange exhibitions between artists from Ireland and Italy in Turin, Italy, and between Mexican and Chicago artists in Mexico City. Counihan has had numerous solo exhibitions in the region, most recently at Alexander Heath Gallery in Roanoke, which ran from October to the end of November this year. He is an active advocate for the advancement of locally relevant, contemporary art. Community High students also exhibited works at the Moss in December 2014.

Counihan was the director of Roanoke's Marginal Arts Festival, which he co-founded in 2008. The Marginal Arts Festival was an annual festival held during Mardi Gras each year until 2015. The festival was a Community High School program that involved the students, parents, and faculty, and presented art as critical thinking and socially engaged, as opposed to commodity-making. AfterMAF, a new festival led by Olchar Lindsann, continues to attract avant-garde artists to Roanoke from around the eastern United States, as well as several international artists.

Counihan currently produces work that spans a wide variety of art media and methodologies, from silverpoint portraiture to large papier mâché interactive projects. His studio is located in the heart of the old Viscose Plant in South East, now called Roanoke Industrial Center. Counihan has lived in the region since 2000 with his wife, Jeanne, and three children.

Olchar Lindsann
At Community High School in Roanoke, Olchar E. Lindsann teaches interdisciplinary humanities and creative writing courses, oversees the library, and advises the Zine Club, in which students have self-published about 250 small books since 2014. Lindsann was on the board of the Marginal Arts Festival in Roanoke for many years, and now organizes the pointedly un-funded AfterMAF Festival.

Lindsann has published over 40 books of avant-garde poetry, theory, translation, and cultural history, as well as King Jaundice, a horror novel set in 1890s Roanoke; he has performed and lectured extensively in the U.S. and the United Kingdom. He is the editor of mOnocle-Lash Anti-Press, the catalog for which includes over 150 print publications of the contemporary and historical avant-garde, and of the periodicals Rêvenance, The in-Appropriated Press, and Synapse. He also maintains extensive catalogued archives of books, artwork, and other material from countercultural communities from the early 19th century to the present. Lindsann studied at the utopian educational community at Dartington in the U.K., where he received a master’s degree in performance writing shortly before the school closed after 80 years in operation.

How to Register
The registration link takes you to Eventbrite, where you’ll "purchase" a free ticket. Once you sign up, you’ll receive a Zoom link by email.

Not familiar with Zoom? Download Zoom onto your phone or tablet or visit zoom.us to participate. We will email you a link and the meeting ID before each session.