Due to unforeseen circumstances, the Danish String Quartet will be unable to perform on Friday, January 28, at 7:30 p.m. However, we will present this performance at the same date and time.

"It’s a rare blend: breadth of sound and capriciousness combined with perfect tuning and ensemble has the players sounding absolutely of one voice… Nothing less than life-affirming."

Since its formation in 2000, the Quartetto di Cremona has established a reputation as one of the most exciting chamber ensembles on the international stage, garnering universal acclaim for its high level of interpretive artistry.

Named after the Italian violin-making epicenter, the Cremona, the Quartetto di Cremona brings the natural flair and irresistible appeal of its homeland to the Moss Arts Center, performing Giuseppe Verdi’s String Quartet in E Minor, Osvaldo Golijov’s Tenebrae, and Franz Schubert’s String Quartet no. 14, Death and the Maiden.

Winner of the 2019 Franco Buitoni Award, the Quartetto di Cremona is a preeminent quartet of its generation noted for its lustrous sound, refined musicianship, and stylistic versatility. The quartet was established in 2000 at the Accademia Walter Stauffer in Cremona, Italy, and recently celebrated its 20th anniversary. Over the course of two decades Quartetto di Cremona has toured extensively in Europe, the United States, South America, and Asia; appeared at leading festivals; and performed regularly on radio and television broadcasts, including RAI, BBC, Westdeutscher Rundfunk, and the Australian Broadcasting Corporation. The Quartetto di Cremona’s extensive repertoire encompasses key masterworks from Haydn, Mozart, Beethoven, and Schubert; essential late-19th and 20th-century literature by Debussy, Schoenberg, Webern, Bartók, Shostakovich, Prokofiev, Ravel, Janaček, and Dvorák; and contemporary works by Golijov, Lacheman, Fabio Vacchi, Silvia Colasanti, Nimrod Borenstein, and Kalevi Aho.

In the 2021-2022 season Quartetto di Cremona embarks on two North American tours in November and February. The quartet makes its long-awaited Lincoln Center debut at the Chamber Music Society of Lincoln Center in New York on February 1, featuring works by Prokofiev, Schoenberg, and Weber’s quintet with clarinetist David Shifrin. Other North American engagements include Houston (with Shifrin); Santa Monica; Montreal; Hamilton, Ontario; and Ithaca, New York.  The group performed last summer in Finland, Denmark, Germany, France, Albania, and Italy; and later this season, it will make its debut at the Fundación Juan March in Madrid and in Linz, Austria; with other engagements such as Zurich, Milan, Rome, and an Asian tour. 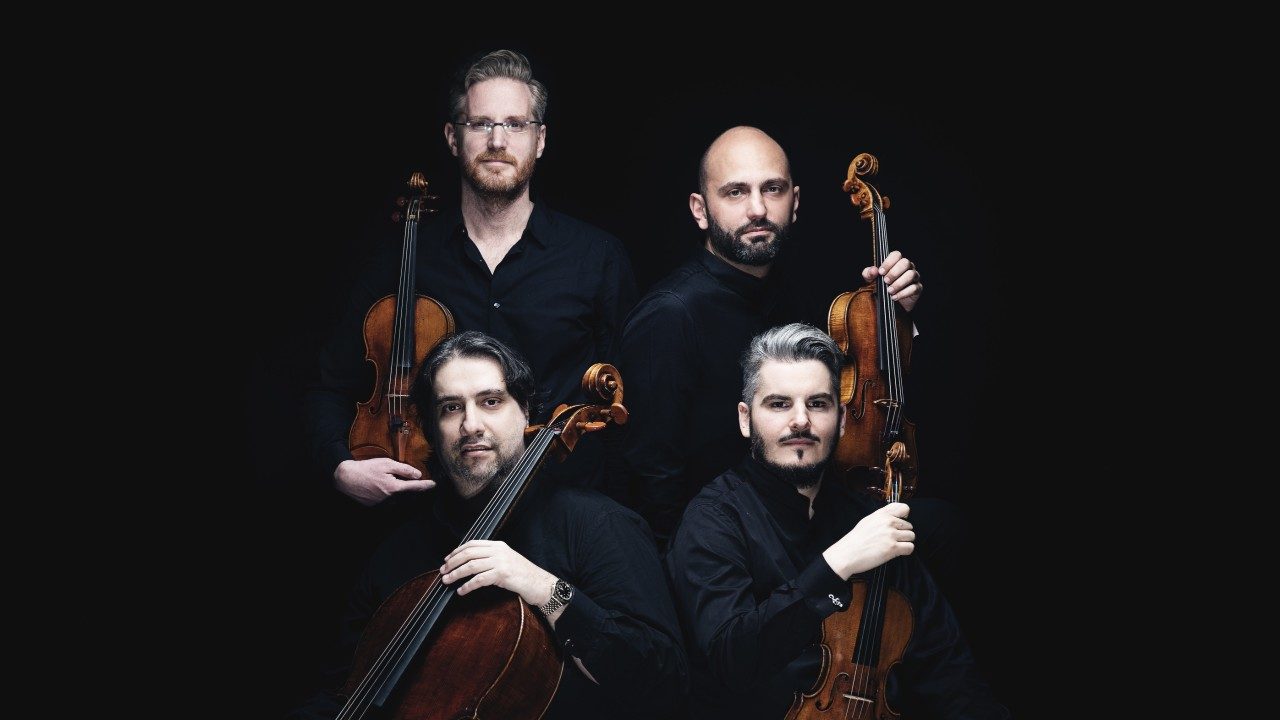 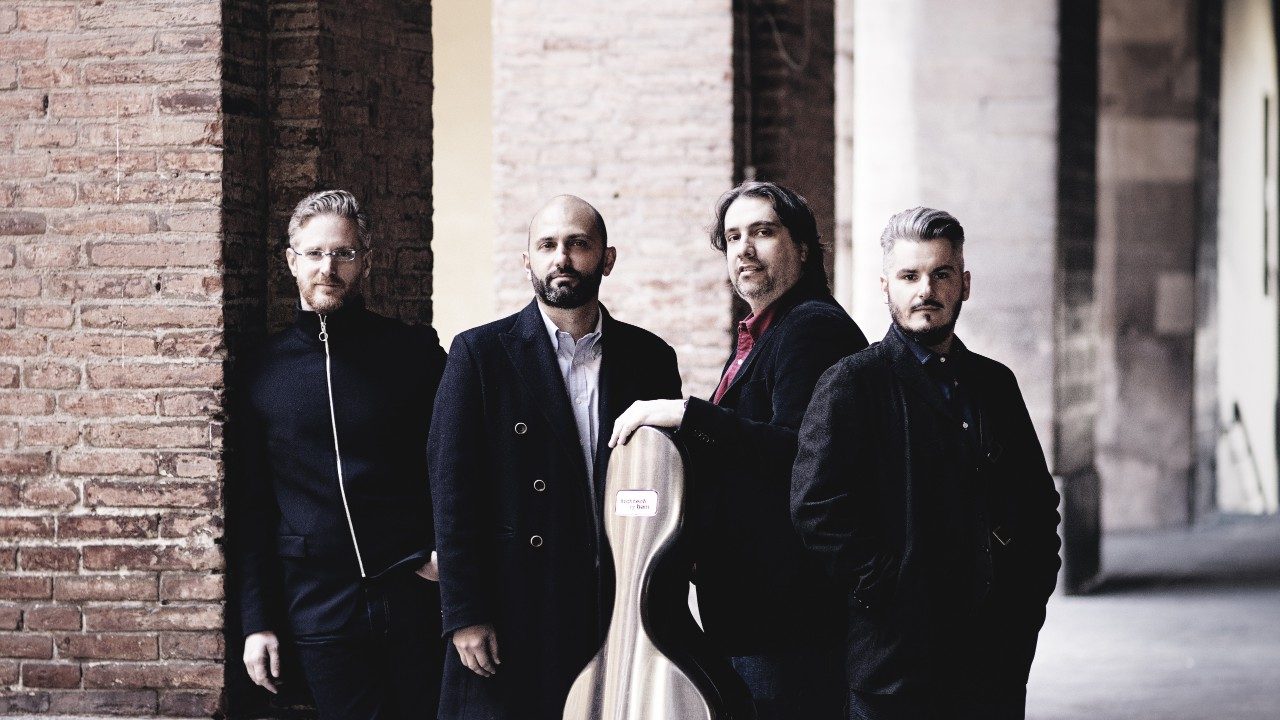 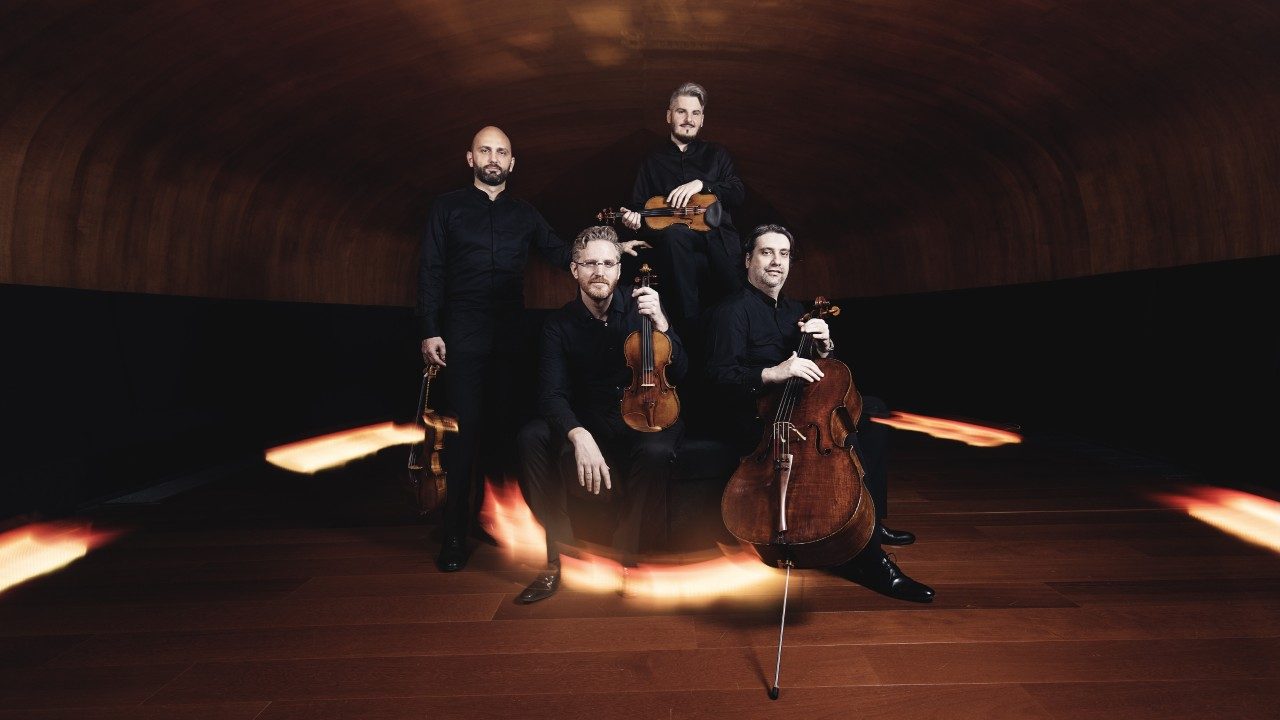 Quartetto di Cremona began the 2020-2021 season with debuts at the Ravello Festival and at Prague’s Rudolfinum alongside the Pavel Haas Quartet, but due to the pandemic, several concerts had to be postponed. The group released its 14th album, Italian Postcards, a debut on Avie Records in November 2020. It features works by Hugo Wolf, Mozart, Tchaikovsky, and the world-premiere recording of Nimrod Borenstein’s Cieli d’Italia, commissioned by the Cremona Quartet. Despite the pandemic, the quartet was able to make its debut in Istanbul, performing with clarinetist David Orlowsky.

Quartetto di Cremona began its 2019-2020 season in Genoa—where all four members were born and currently reside—with a performance alongside pianist Anna Geniushene. The members embarked on an ambitious tour of North America in October, which brought them to California, Idaho, New Jersey, New York, North Carolina, Texas, Toronto, and Washington, D.C. Highlights included a world premiere of Omaggio a Monteverdi by Byron Adams at Segerstrom Center for the Arts, a night of Klezmer music in Los Angeles’s Wallis Annenberg Center with clarinetist Orlowsky, and two performances at Da Camera of Houston. Advancing its commitment to the Beethoven quartets, the ensemble began a three-year Beethoven cycle in L’Aquila, Italy, along with a complete cycle performance in Tirana, Albania. The quartet appeared in concert alongside the Emerson String Quartet for the centennial celebration of the Associazione Scarlatti in Napoli. Additional highlights included a tour of the Netherlands; a recital with pianist Angela Hewitt in Leon, Spain; and numerous performances at leading Italian musical institutions throughout the season.

In July 2018 the German label Audite issued a box set of Quartetto di Cremona’s complete cycle of the Beethoven quartets, recorded during the period 2013-2016, which includes the String Quintet in C major, op. 29 with Lawrence Dutton, violist of the Emerson String Quartet. The first volume in the series received widespread and immediate recognition, including a five-star rating in BBC Music Magazine and selection as album of the month by Fonoforum, the German journal. The seventh CD earned the Supersonic Award from the German magazine Pizzicato and the Echo Klassik 2017 prize. More recently, the quartet was a winner of the International Classical Music Awards 2018 for the seventh and eighth discs of its Beethoven series. An all-Schubert disc was released in May 2019 on Audite, featuring two of composer’s masterpieces: String Quartet Death and the Maiden and String Quintet in C major, with cellist Eckart Runge.

Quartetto di Cremona leads a renowned string program, currently in its ninth year, for professional and advanced string quartets at the Accademia Walter Stauffer, now part of the new campus of the Stauffer String Center, which opened in October 2021. The quartet also conducts master classes while on tour throughout Europe and the United States. Awarded the Borletti-Buitoni Trust Fellowship in 2005, the Quartetto di Cremona is also the recipient of the second Franco Buitoni Award (2019), in recognition of its contribution to promoting and encouraging chamber music in Italy and throughout the world. The quartet is supported by the Kulturfond Peter Eckes, which provides the musicians with three superb instruments: violin Paolo Antonio Testore, viola Gioachino Torazzi, cello Dom Nicola Amati. Cristiano Gualco plays his own violin Nicola Amati, Cremona 1640. In 2015 the musicians were awarded honorary citizenship by the city of Cremona.

This is the quartet's first in-person performance at the Moss Arts Center.